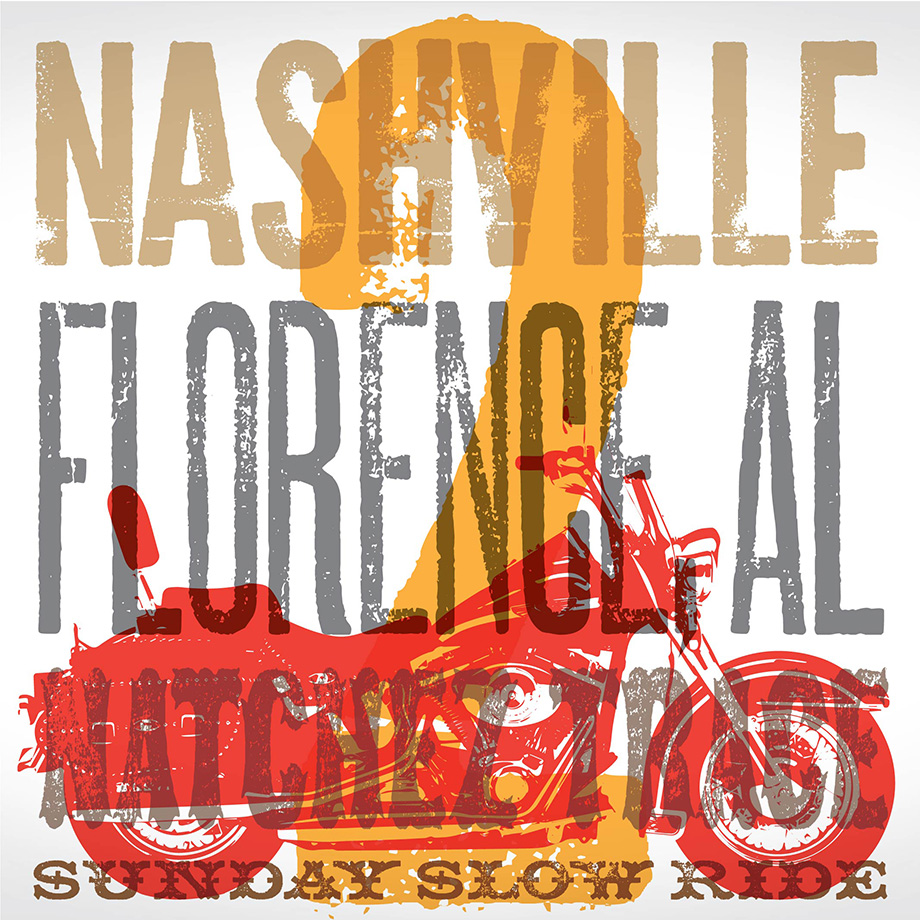 I bought my first bike earlier this year and had only been riding around the neighborhood for the first few weeks. I hadn’t done anything really more than neighborhoods and my longest ride had been 2.5 hours. Well, that all changed when I met a new riding buddy named Ray at a recent Music City Chapter HOG meeting.

He said he was thinking about rolling down to Florence, AL this weekend and wanted to know if I was interested. I remember telling him I was a new rider and only had less the 24 hours of ride time under my belt.

Nervous and excited all at the same time… he told me the proposed route and I was like UH HECK YEAH!

We met up at the McDonald’s down by Vanderbilt, grabbed a bite to to eat, bundled up and then headed south for my first big haul.  It was really crisp that morning and we were both layered up with gear to stay warm. We rolled all through the southern back roads in hopes of having some great Mexican food for lunch.

Once we arrived, the restaurant we wanted to eat at was closed so we went a couple of doors down and ate at 306 BBQ.

Daylight savings was still a few weeks away so we had to fuel up and head back home before it got really dark. The towns and surrounding areas were lots of farm land.

On the way home we hit a stretch of the Natchez Trace but eventually we detoured to the 43 and hauled back as fast as we could going through, Etheridge, Summertown, Poplar Top and eventually working our way back to the 31 going through more familiar teritory Like Columbia, Spring Hill, Franklin.

I designed this poster to kick off and commemorate this 260ish mile round trip and looking forward to more trips together.

UPDATE: Looking back I remember waking up that morning and thinking to myself “what did I just commit to?” I’m grateful for Ray’s navigation, being patient with a new rider but also pushing me to new levels. I’ve made a few other riding friends but also don’t mind being a lone wolf either. If you live in the area hit me up sometime.

We've been using Siteground Web Hosting since 2007, and have been thrilled with their product, pricing, and customer service. We always use them for the websites we design, and encourage everyone we know to use them as well. Bonus: they NEVER use scantily-clad women jumping on trampolines to sell their product, which can't be said of certain other hosting providers.

Square credit card processing (to swipe from your phone) is one of the great inventions of the past decade. The fees are low, it couldn't be easier or more convenient to use, and the sales information and metrics they provide are really helpful. They also provide an online shop for you to sell your products, which is very easy to use. Follow this link and when you open an account, you can even process some transactions for free!

Creative Market is an amazing community that sells stock photography, illustrations, web themes, fonts, and other design tools. Membership is free and item prices are super-reasonable. Our shop is here, but there is so much more! If you are a designer (or even if you just need stock photography occasionally) -- Creative Market is an incredible resource.
Share Tweet Share Pin